A better way to add movies to iTunes 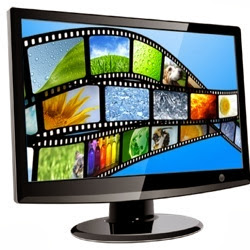 If you have a TV show that you have recorded and you want to watch at a later stage using iTunes, one of the problems is that when you add it to iTunes it goes into Home Movies. When it is in Home Movies, what you have to do then is to go into the meta data through Get Info, go to the video tab to put in the details for the television show such as number for the series and the number for the episode. Then you need to go to the options tab and in the options tab you inform iTunes that it is a television show where it says Media Kind. Sometimes you also have to put a check box room where it says remember playback position and also for skip when shuffling. Only then do you have your TV show in the correct place ready to you to watch. Having to do this I find is tedious and annoying and I am delighted to say that I found a better way of doing this using an application called iVI Lite.

Using iVI Lite to get movies into iTunes

With this application all you have to do is to drag the files that you want to put into iTunes into the main window. The application goes off to the internets and gathers information about the file that you have put in there. Unless there is any Meta data within the file it helps to give the application iVI Lite some information to help it get what it needs. Where I would use this program is to get a TV programme I have downloaded through the BBC iPlayer that I want to watch on the television rather than on my computer. It could be possible to send my computer screen to the Apple TV and I would do that if I was in a hurry, but I find that it messes things about too much, with my computer and I would rather put it into iTunes. 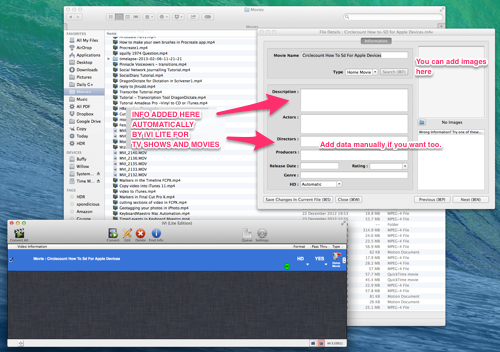 iVI Lite seems to be quite clever in that it will not only find the details for the series and for the episode numbers, but it will also add a title if it finds it and often other information. I don't know where it gets its information from but I have had great success with this so far. If you have more than one file in the application you can click on the button to Convert All or use the button Convert if there is only one movie to work with. Another little window opens up and after a very short wait it will convert the file and then send it directly into iTunes in the proper place. No more fiddling about with the meta-data in iTunes to let it know that it is a TV show and not a movie. From within iVI Lite there are buttons available let you say what type of video it is. So obviously if it is a movie it goes off and looks in the proper places to get the information which by the way also includes artwork.

This is the light version of the application and so far I haven't found any need for getting the paid for version. I think that the application iVI Lite is full featured except for the number of types of files that you can convert to. The free version of this application works great and I can highly recommend it as it works quickly and accurately. It is much better than you doing it manually and then having to go and find out where iTunes has put your movie.