Android to iOS and Apple Only

Have to learn about Touch ID on iOS 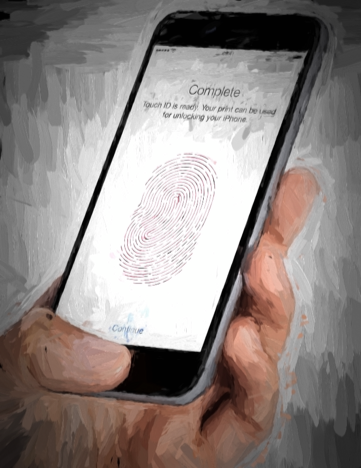 Now that I'm moving to the iPhone 6 I am going to have to find out how to use the Touch ID with my finger prints. Last year when the iPhone 5S came out everybody was raving about how good is and there were plenty of tutorials on how to use it for the best. With all of the new things that have been introduced with IOS 8 there is not so much new information available. So people like myself who are moving up from a phone that doesn't have Touch ID will have to go back to the information from last year to get properly informed.

The phone that I have been using for the last 16 months is the Samsung Galaxy S3. When I first got it I was very pleased with the phone and delighted that it could do much more than I could with the iPhone 4. I particularly liked that I was able to use the Swype keyboard and I also used the SwiftKey keyboard for a short while. I also liked the way that I could arrange icons on the home screens of the device. I had dictation available to me on the phone which was great as the iPhone 4 was pre-Siri. Being a big user of DragonDictate on my Mac I also wanted to have the same sort of facilities on my mobile devices. With the introduction of IOS 8 Apple have caught up with some of the things that took me over to the dark side.

Why can't I upgrade to the latest OS?

One of the biggest problems of the Android phones are the difficulties of upgrading to the latest operating system software. There was nothing coming down the tubes from the phone carriers and it really isn't great to have to resort to rooting and things like CyanogenMod. It is a lot of messing around and a complete pain in the arts. Is it any wonder I am going back to Apple Only and no more Android. There are a lot of good applications for the Android phones, but it seems to me that to a certain extent it is a second class experience compared to what is available on iOS. I am a big user of the application DayOne for journalling and that is only available on the Mac and iOS. The application that I like to use for inputting text is called Drafts and there is nothing like it on Android. I can put text into Drafts and I can then send it to various places at a later stage. This makes the application very versatile and the best notetaking application out there. I could start something that would be a couple of sentences and just right for sending off to Twitter, add some more to it and then it becomes a post for Facebook. The application Drafts is also great for longer pieces of work where I can write in markdown. I can export out of the application and put it into Blogsy the blogging application for iOS and that is just a brilliant workflow.

listen to ‘ Switching from Android to IOS’ on audioBoom

Another application that I want to make more use of and is only available on Apple products is OmniFocus. With the books that I am writing I need to be completely organised and I can set each of these books up as a project. There are a huge number of ways to organise things from the project angle and also from the time angle within OmniFocus. I can have it so that the application only shows me the next thing that is due. I don't get overwhelmed by all of the jobs that are lining up in the queue waiting for me. I also use another application for lists called Clear. Clear is great for making quick and dirty lists when I don't want to jump into OmniFocus. Blogging from the iPad is far better than blogging from Android.