The sunsetting of Aperture on the Mac

What! No more Aperture on the Mac?

Of course, as soon as I nearly have this book ready to go out with the videos that I have made showing you how to use Aperture to organise your photos and to do various things such as enhancing by adding effects, then Apple comes out with the news that they are going to stop working on Aperture. This is called sunsetting of an application and it seems to happen more often than you would realise. So now they are going to bring out another application instead which will take over from both aperture and also from iPhoto. Even though Apple is a huge company with massive resources, it still makes sense for them to just have one application which will do the job for everybody than it is to have two apps at different ends of the market. The big problem with this announcement is that the photographic pros that use Aperture believe that they should get special attention and better capabilities of an application for dealing with photos. The pros have already jumped to the conclusion that Apple is going to ditch them in favour of a wider market of ordinary to enthusiast users that only need a bare minimum of facilities to deal with Their photos. There have been quite a number of articles written by the photographers claiming that Apple have stabbed them in the back with this move, and due to that they will just will head off to the main competition for Aperture which is Lightroom. Myself, on the other hand, I am working on the notion that the application Photos will be more than good enough for the enthusiasts and for the professionals. There are one or two reasons why you might want to be optimistic about this being the ultimate outcome for the applications you need to deal with photographs on your Mac.

What does the future hold for photos on Apple products

Well in the first instance we can say “Who knows!” Because until the application photos actually arrives on our desktop we have no idea what it’s going to offer us. There is the possibility based upon what has happened with previous similar upgrades of software and I’m thinking about Final Cut Pro here, that not all of the features that we would like, will be present on day one. The software will be written from the ground up and will be easy to use with some decent features and a promise of a lot more to come. Final Cut Pro X was like this and has just got better and better. Final Cut is easy for everybody to use, professional and beginners alike and yet still having excellent capabilities for dealing with the requirements of professional video editors. I could well imagine that it will be similar when Photos takes over from iPhoto and from Aperture. I expect that there will be some things that we do in Aperture now that will just be easier to do in Photos. If it is easier then it is also better, right?


Will all the photos have to go to iCloud?

It is going to be a good thing that we have one application that will span across IOS and also the Mac and is also linked to the cloud. The thing about linking to the cloud is that some people are making assumptions that if you put a photo into the application Photos then you will have to store that photo in the cloud also. What this would mean for people with large photo libraries is a large number of megabytes of data having to be uploaded and also then downloaded when you want to use any of these photos. Not all of us have download speeds or even upload speeds that are good enough to make this viable. I would like to think that it will be possible to choose which of our photos will get uploaded to the cloud so that if you do have big libraries of photos, you don’t have to put all of them up there. There is also the consideration of cost of the online storage. There will be a certain amount of online storage available for free with iCloud. It seems that the cost of getting extra iCloud storage is going to be fairly reasonable. Even so, it is still going to make a lot of sense to be able to choose which of your photos you will have stored online especially when you are running a very large photo library. The amount that we will get for free will be 5 GB which for many people will be plenty. Then some people will want to go with the 20 GB option and that is only $.99 a month or if you want to will look at it in terms of an annual payment it is $11.88. Even going for the next option which will boosted up to 200 GB it is only going to cost $3.99 per month and that is a huge amount of storage space.


What can we expect from Photos app from Apple

One of the main things that you will want to do with your photos is to be able to organise them in such a way as you can find them again easily. With the new photos app from Apple there will be some default collections of photos based upon when they were taken. So there will be a view which will start off by looking at photos separated by the year there were taken. It seems we will get some smart suggestions for creating albums based on locations, times and scenes that are similar. As you would expect from good photo editors these days, the edits that we can make with the photos will be nondestructive. Any changes that are made to a photo, also get sent off to the cloud and so the changes can be seen when you look for that photo on other Apple devices connected to that account. 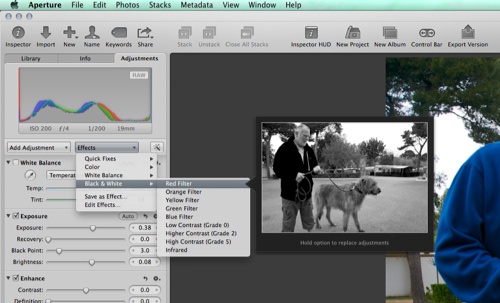 Searching for photos should be easier and it looks like there will be smart suggestions given to us, but for really good searching some of it will be dependent upon us using the tagging features and the naming of photos. The location of photos is another good way to search, but for that you will have to have done some geolocation of your photos in camera or using an application like HoudahGeo to do it after the fact.
In the demonstration of the Photos application at the keynote event at WWDC, they showed smart adjustments being available, which is all very good so long as you can also do your own manual fine adjustments. Not only that, but it will also have to be easy to get in there and make these changes and not be hampered by the easy-to-use smart adjustments that are there for the casual Apple photographer using the Photos app.


I feel optimistic towards the new Photos app from Apple

It is true that there have been a number of enthusiasts and professional photographers that have been running around like Chicken Little, thinking that the sky is falling upon them. There is a chance that they could be right, but I would like to think that Apple will give us all of the best things that we like to use in the Aperture and add the ease-of-use that they are famous for giving us to use on Mac OS X and in iOS. They have already said that on iOS it is going to be possible to use features available in other applications such as waterlogged as if we were still within the Photos application and I would expect this to also be the case when using the photos app on the Mac. 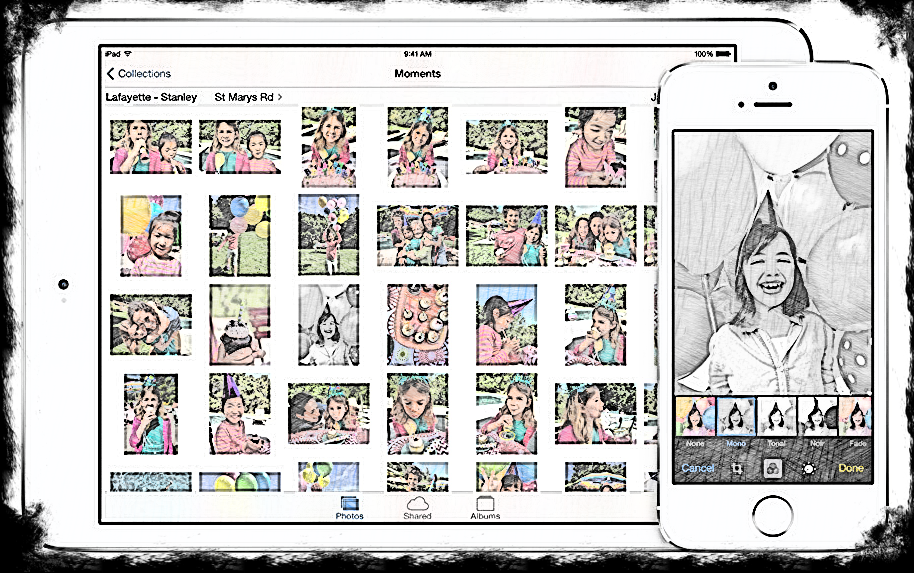 So while it is a bit of a pain that Apple have decided to sunset the Aperture application, it will still be available for people to use for another year if not two years. I do think it is strange that Apple have not decided to make the Aperture application free from now on. It is still available to buy from the App Store and I don’t think that is really the right thing to do. Most people making the decision to buy Aperture at the moment will most probably know about the impending demise of Aperture and will not get caught. Of course, there will be new tutorials by Wizardgold on the YouTube channel and also new tutorials that are specifically just connected to this book. So that will be something to look out for when I update this book and make it available to anybody that has bought it already.
Posted by Unknown at 06:51