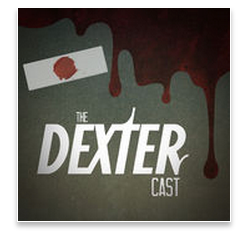 In episode 115 of Mac20Q Podcast I was talking to Bob de Grande who is a podcast responsible for the Dexter Cast and also for the Clone Dance Party. Both of these podcasts are based on television series where a group of people come together to chat about what is happening in the latest episode. It brings a community feeling to watching and experiencing a television series. I imagine that it works better with the cult TV series such as Dexter and Orphan Black and it would be great with something like Breaking Bad. I have seen other broadcasters do something similar with the TV series Lost. In this podcast with Bob we talked about the process of podcasting in terms of the hardware that he uses and also the software.

Bob is a guitar player for fun and enjoys to collect his guitar to his Apple devices. I have the software to do this with my guitar, but I haven’t got around to setting it up yet. There are plenty of other applications that you can use to enhance your guitar playing. You might get your hands on applications which will help you to tune your guitar as well as applications like Garage Band where you can create music.

Kurt has used Macs but is not a full-time Mac user and I interviewed him originally on the Answer 20 Questions podcast. I asked him if he would like to be on the Mac 20 questions podcast and he said yes and that is fair enough saying as they would like to be a Mac user. Kurt is also a podcast with a podcast called Two Geeks Talking. He has a big interesting in the comics world and talks to comment producers and artists. We had an interesting chat about how comics stories are getting into the movies. Kurt would like to continue on from his present studies with his ultimate goal to be a producer. This led us into talking about TV series and movies and the role of a producer in making films.

During the podcast I do talk somewhat about various Mac and iOS applications and how I use them for making video and for my writing. So the Mac20Q Kurt Sasso interview is quite interesting and it just goes to show that if you are creative you don’t have to use a Mac, even though we all know that it does help.